Why You Should Still Optimise Your Images for the Web

The myths of .brand

So you’re ready to (or already did) apply for your very own “slice” of the internet with a .brand application.

After months of planning, financing, application forms, trademarks, legal documentation- its all green lights across the board – this time next year you’ll be billionaires owning a piece of the future, all costs are detailed down to the last penny

Then reality sets in and .brand tanks big time because you believed the myths….

The internet is a loosely connected group of autonomous systems who agree by consent rather than contract to follow the guidelines laid down in published requests for comments (collectively called RFCs) relating to their choice of services/protocols/systems which they may offer to their users.

You have no rights or abilities to dictate anything to any of the organisations that comprise the real internet.

Due to its nature, no single organisation has control over the internet.

ICANN does not run it – they have some say in the setting of the optional policies and procedures (which are decided ultimately by stakeholders which are increasingly being mind-controlled by IP lawyers) over what gets suggested as potential implementation.

Governments have even less control (although it is occasionally useful to allow them to think they might, despite that leading to spending significant time and resources correcting their misunderstandings of their importance.

Telecoms providers may control access to some services for their specific customers but would only have control over their own internal systems, not over content and systems beyond their borders.

Business can have oversight/control of their Autonomous System but absolutely none over any of the other 60,000 ASNs that comprise the internet.

The only group that could ever claim any amount of control are the geeks and techies who spend all night tweaking, hacking, coding and innovating – loners by nature, they don’t trust corporations (being mildly anarchistic but without a specific political agenda), they don’t trust governments (probably with good reason having seen all their dirty secrets) and they really don’t trust organisations like ICANN who think they can dictate what the internet can do and how it should be used.

You may have budgeted for .brand using the headline numbers but you’ve only just started the scratch the surface of the real price this is going to cost you.

Based on best guesses from what little public data is available scaled up to cover all the ASs currently in operation would put it at between $180 million and $220 million PER DAY to operate.

No one is exempt – every phone, computer application, website, server, relay, firewall and modem are all going to need updates , so get prepared to pay your fair share.

It was 5 years after the launch of .info before you could semi-reliably use it as a domain name for email services.

Even worse, some ccTLDS/gTLDS still don’t work reliably – many old browsers still auto correct .cat to .ca and send users to the complete wrong websites. Millions of users  worldwide have equipment that can’t be updated and due to age/cost/compatibility will never be able to use these domains access the websites, use the services or consume any form of content from a new gTLD.

So what you need to do now:

For more details on the impact of .brand on the internet and how to minimise your costs/risks
– contact Rob Golding, Astutium Ltd 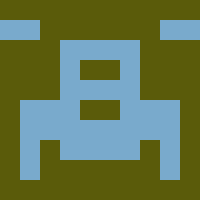 Permanent link to this article: https://blog.astutium.com/2013/03/the-myths-of-brand/

Want to receive news and offers ?

Some services will be temporarily inaccessible due to a hardware failure, technicians are working on it now.